It had been a while before I visited another country without knowing a single word of the language. What drew me to the place mostly was the fact that it was somewhere different to what I was used to, and the fact that there was a fare advertised from Greece for €11. I couldn’t resist.

Georgia is a stunning country situated in the Caucasus mountains on the doorstep of Europe. There are many beautiful Orthodox churches against backdrops of pleasant scenery. It is a place rich in history and deserving of more travellers.

These are some of the places worth checking out.

Kutaisi may be your best bet when flying into the country. It’s a hub for WizzAir, and thus easily accessible from many cities in Europe. I flew in from Thessaloniki. Kutaisi’s market is an interesting place to visit and is home to stunning murals.

A short hike from the city centre of Kutaisi, you can reach this amazing 11th Century cathedral. There is an inscription on the wall saying that the floor was laid in the year 1003. It suffered extensive damage in 1692 by invading Ottoman forces, then restoration works began in the 1950s and is now a UNESCO World Heritage Site.

Roughly a 15-20 minute drive from Kutaisi, the spectacular Gelati Monastery is an important icon of the Georgian Orthodox religion. Inside you’ll find stunning murals and imagery. It was built during Byzantine times when Christianity was the ruling religion. Aside from religious purposes, the monastery was also used as an academy to teach science and mathematics.

One of the best places to head to if you are all about the outdoors. It’s a dangerous road journey, so you must be careful. Not only is the road slippery in the winter (which is when I went), but as you drive along the mountains, there is virtually no protection from overhead rocks falling onto the road. As I was driving, I could see many rocks from the mountains above that made their way onto the road. Also, make sure you have a full tank of gas if you are driving, as petrol stations are scarce and you likely won’t find one between Zugdidi and Mestia.

Furthermore, car rental policies won’t allow you to drive further than Mestia. If you want to go to Ushguli, it would be advisable to go during the summer months and by minibus as options are limited.

A cave monastery site, explorable via a network of dug cave tunnels dating back to the 1180s and stretching hundreds of metres.

Worth the stopover on the way to Stepantsminda for the views as well. Built in 1983 to celebrate 200 years of the Treaty of Georgievsk. Situated high up in the mountains. 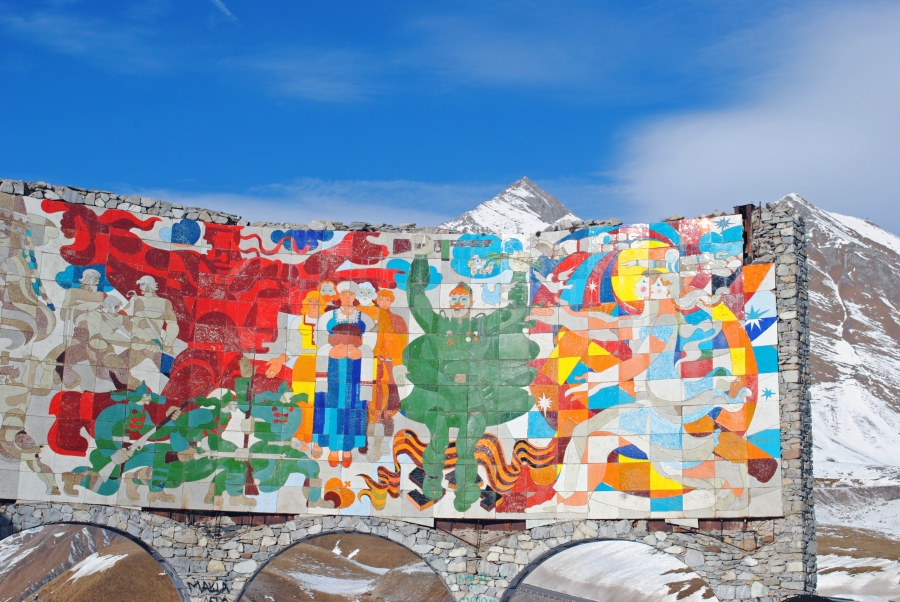 Probably the most iconic place to visit in Georgia. You have to make your way to the town of Stepantsminda, very close to the Russian border. Probably the most beautiful of all sites, this church is surrounded by mountains and is about an hour’s hike from the town.

Aside from being in Georgia’s wine growing region, this town sits atop a mountain and has a long fortifying wall surrounding it. This town is not too far away from Tbilisi and is a good place for a day trip. Not to mention the views are absolutely stunning.

Another quick road trip from the capital, this monastery is a good place to head to for the views also. You’ll see the convergence of the Mtkvari and Aragvi rivers, as well as the town of Mtskheta, which was the capital of the Kingdom of Iberia (not the Iberian Peninsula). 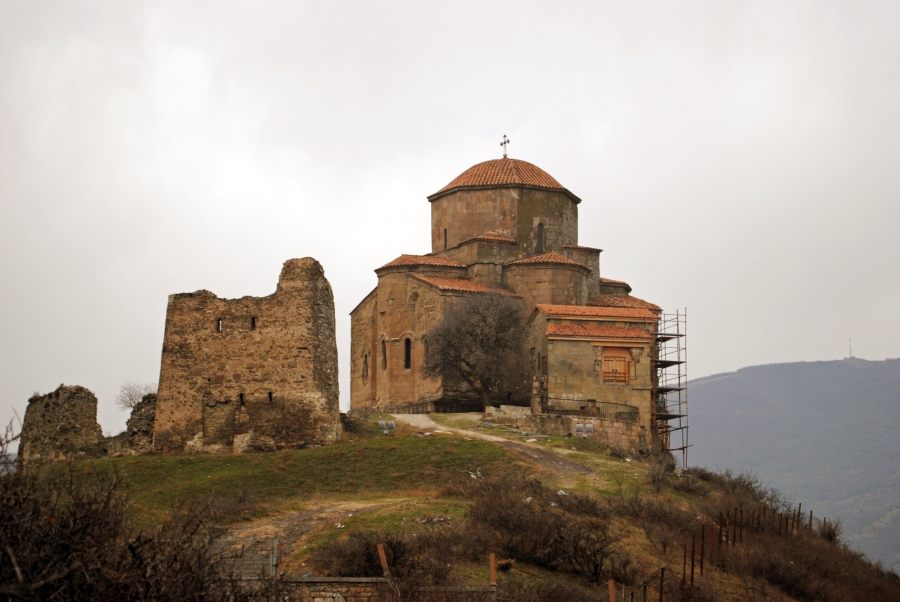 Of course, the country’s capital is a must visit.