Today, my tour guide, a lovely young woman, came to pick me up from the homestay and show me around Moscow city.

We greeted and headed down to the metro station. We had a bit of small talk along the way. She told me exactly how to use the metro system and how to but tickets. Then it was down the deepest underground escalator I’ve been on; and she mentioned this station’s was the deepest one in all of Moscow. It took a full five minutes to get from top to bottom, and there was even a noticeable difference in air pressure by the ears. 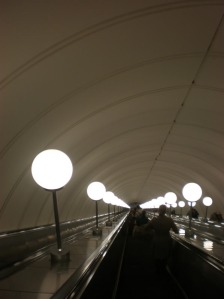 It was a 15-minute journey into the city centre. We disembarked at Ploshchad Revolyutsii station, and so the tour began as we emerged at Red Square.

Moscow was fascinating to say the least. She showed me the Kremlin and Red Square, and it was a very pretty city centre. I asked the guide to take a picture of me. 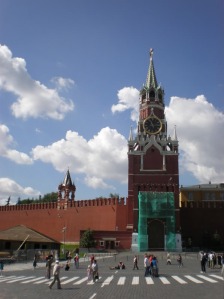 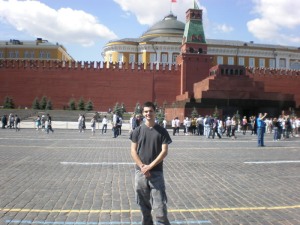 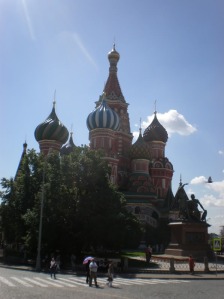 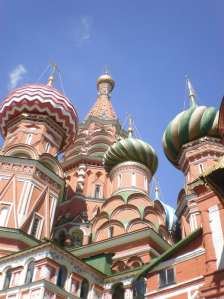 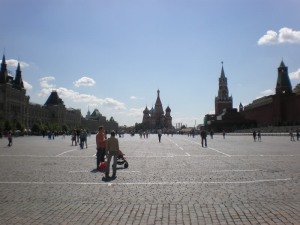 She also showed me the Cathedral of Christ the Savior, which was one metro stop away. She took me inside and it was a quiet, peaceful environment. The church was Orthodox, too, which is the religion I’ve grown up with to know. 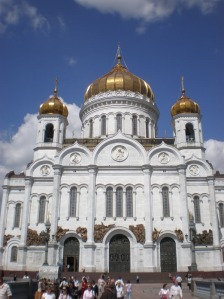 We had some lunch later on, in one of the metro stations, before parting at a street lined with cafes, at Arbatskaya. She said I might find this place convenient. It was time to say goodbye and I thanked her for her time.

I was back on my own. Shortly afterwards, I headed back to Park Pobedy, which was where the homestay was. I decided I was going to have dinner here later on. For now, I had some pictures to upload on the internet.

The homestay lady told me I should be going out. Well, I wasn’t going to sightsee all day long. I had tomorrow as well.

I bought myself some dinner at the cafe. Warm ham and cheese sandwiches. Then I walked around the area a little. That was it for the day.